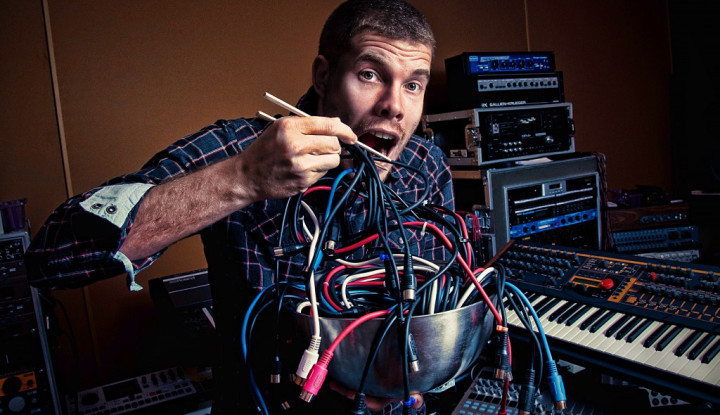 1.: First of all, thank you for your time. I can imagine that the last weeks and specially these days are very exciting for you.

Sure thing, it is my pleasure to chat with you.  Yea the past couple of weeks have been kinda of crazy with projects, and whole bunch of stuff i have in the works.

2.: The list of people you worked with is pretty impressive: Justin Timberlake, Kelly Rowland, Jason Durelo or Calvin Harris are just some of them. What was your experience working with those big celebrities?

Whenever I get the opportunity to work a major artist, it is always a huge reminder to me of how blessed I am to be doing what I do for a living.  I also get to see the importance of creating relationships with some of these artist and not to treat them as projects but treat them as people and get to know them, and don’t assume I know them at all before we get to work together and have a blast just making music together.

3.: Do you prefer to work with big artists like the ones that I just mentioned, or making music by yourself?

For the most part of my career I have been producing for other artist.  I have always had the idea of putting my own project together but never had the right platform to do it with until now.

4.: I saw that you are leading the „Miami Beat Academy“. How did you come up with the idea of teaching artists and music producers?

When I started out producing music I was completely lost.  I mean I had a passion for music, I knew how to make create it, but had no clue how to go from making music as a hobby to a career.  It wasn’t until I got the proper coaching and guidance from People who have been professionally in the music Industry that things really started to happen and fast.  So I wanted to provide that for aspiring music producers, artist, dis, and musicians.  I want to give the guidance and coaching they need to create the success they are looking for.  Anyone who wants to take that serious next step should definitely check out www.miamibeatacademy.com

5.: Let’s move on to the last weeks‘ happenings: As some may have heard, your song „Champion Sound“ is the background music for the new trailer of Assassin’s Creed „Syndicate“. How did this happen?

Magic! lol no although it felt like that but all the right pieces fell together with my publishers and the ubisoft team.  They reached out to me and said that the song would be a perfect fit for the new Assassins creed trailer, and in a heartbeat I said “are you kidding go for it!“ 6.: Did you produce „Champion Sound“ with the intention to make a song for the trailer?

Not at first, you see at first I had this song with only the first verse and chorus and it was just just 30 seconds long.  I knew it was something special from he beginning when I started it, so i sent it to my publisher to see if they would find a home for it.  Next thing i know Ubisoft hears it and wanted it.  The problem was I only had a 30 second clip. so when you guys saw the trailer for the first time you heard the actual rough demo clip and not he full finished version.  When we saw the reaction tot he trailer and how so many people wanted the song Ubisoft approached me and said we need to release this song its huge!! lol then I thought well ok then I guess I will finish writing it and release with you guys. and so literally in like 3 hours i finished it up, mixed it, and mastered it and sent it off to the world to hear.

7.: How was the process of working together with the AC team? And in particular: How did you feel when you saw the final trailer with your song for the first time?

Crazy thing is I had no idea what to expect. I did not know about the world debut and as soon as the trailer came out my twitter account started going nuts. I hardly ever check the thing but at the time i could not ignore it lol.  I was like whats going on an earthquake or something, then I checked all the notifications and realized the trailer was released.  So when I first saw it I had goosebumps it looked amazing!  The AC team are rocking this very well.

8.: How were the reactions when the trailer was released last week?

The reactions have been nothing but awesome.  I am loving the great feedback and reactions to the trailer, and the music.  So much so that I am putting something special together for all the fans of the trailer music this week.

9.: Did you ever make a song for a game, a movie or something like this before?

I have done music for video games before, it is something i love doing.  But most of the games with small indie companies and some of the games are no longer up.  This was the first time linking up with such a big brand and it felt just right.

10.: In retrospect, what would you say about working with the AC team? Is there anything you’d do differently? And are you going to do a song for a game trailer again?

The whole thing has been amazing.  I am trying to convince the AC team to let the song be part of the game lol.  But one can only hope.  But yea I very blessed to be work with the AC team and look forward to not only working with them but whither gaming brands.

11.: Is there anything else you would like to say concerning you, your work, your experience with being a part of the Assassin’s Creed trailer or something completely different? :)

Well right know I am really focused on my coaching resource though Beat Academy, and working on some major artist projects.   But in light of this trailer and the great response.  As of this week, I started working on a new Project.  I want to release my own album of video game trailer music.  Stuff that would be great on the screen of video games and epic movie trailers, I figured the fans of this type of music have a voice and I want to create a dialog with them. 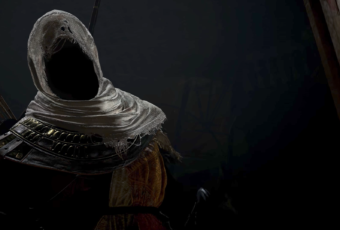 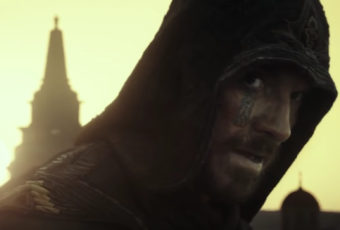